To me, this is an amazing line from the book I'm reading.

"Mrs Spragg, once reconciled -or at least resigned-to the mysterious necessity of having to "entertain" a friend of Undine's, had yielded to the first touch on the weak springs of her garrulity."

"Mr. and Mrs. Spragg were both given to such long periods of ruminating apathy that the student of inheritance might have wondered whence Undine derived her overflowing activity."

Mr. and Mrs. Spragg are the parents of Undine, a young woman, probably in her early twenties.

And these characters are from the novel, The Custom of the Country, by Edith Wharton.

I met a woman at a park where our kids were playing and we got to talking about books and she mentioned this one. I had never heard of it, but since its free to download on the Kindle, I did and I'm enjoying it a lot. I love her funny word choices like, "the weak springs of her garrulity," and "the student of inheritance."

Lately, reading has become the activity that relaxes me. If I'm having a full day, I know I will have that moment before falling asleep to read. Or in the bath tub. I've been doing that a lot lately. I like to sweat in the bathtub. I get the water as hot as can be, and after a while, I see the sweat appear on my arms. I can taste it too. (Gross.) Then I wash off, get out and I end up feeling clean on the inside, like I sweat out all of the emotional dirt of the day. (Weird.)

In Custom of the Country, Undine's character is hard for me to understand.  She moved with her parents to New York City from a small town. She's obsessed with the society page and with joining ranks with the crispiest of the upper crust. She is remarkably beautiful, and she's caught the eye of the most eligible bachelor from the "old money" side of town. There's another man from her past who has appeared and whom I believe she was forbidden to marry by her parents. The details of this relationship are unclear right now, but it's opening up a side of Undine's character that make me think that her social rock climbing is all a sham. She'd rather be with the good-for-nothing poor guy from her small town back home. I don't know for sure if that's true. I'll let you know as I get on with it.

Coffee: It snowed here today. Lots of sledding and traipsing, and a homemade coffee at home. 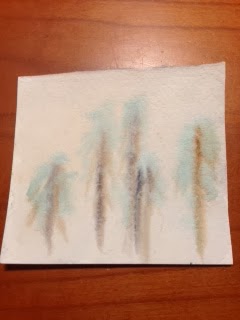