Getting lost is OK!

When I was fifteen, I went to an orchestral music camp in Lenox, Massachusetts.  We played a concert every two weeks with different conductors. We had to audition within the first couple of days so the faculty could place us for the first concert. At this point in my life, my orchestral experience was zero. There was no youth orchestra in New Orleans, and almost no one I knew besides my brother and one or two other people played the violin. I auditioned with a piece I had performed that year in my teacher's studio recital and I remember the three men sitting at the table listening to me play. They were wearing suits and smiling nicely, and I thought, ok, well, I guess I just have to play now, not really understanding the ramifications of the situation. Apparently I impressed them because they ooed and ahhed and placed me on the first stand of the violin section in second chair. Basically, I was screwed from that moment on. I had never had to sight read a piece of music in my life, and all of these kids around me had played in major youth symphonies from the age of six, and they were all older than me, and playing the violin was cool where they came from. I sat down for the first rehearsal of Beethoven's fifth symphony and slam bam, I was lost. I had no idea what to play or when to play it. That day, I played zero notes at the right time. By the time the concert came, I played about 25% of the notes at the right time. When the three men would come to watch rehearsals, I could see the deep furrows in their brows pointing in my direction.

Despite this experience, I absolutely love playing in an orchestra. Its like a dream come true every time I get to do it. And by the time the camp was over that summer, I was a lot better at it. I didn't play all of the notes, and I still got lost some of the time, but I found my way back a lot faster, and somehow, I managed to feel the groove of the music inside my body.

Its good to live by the motto, "if it doesn't kill you, it only makes you stronger." Now I have to go practice!

Coffee: Still have the cup! Used it today while my wonderful dad took the kids to lunch and read to them from a new book they bought at the bookstore. 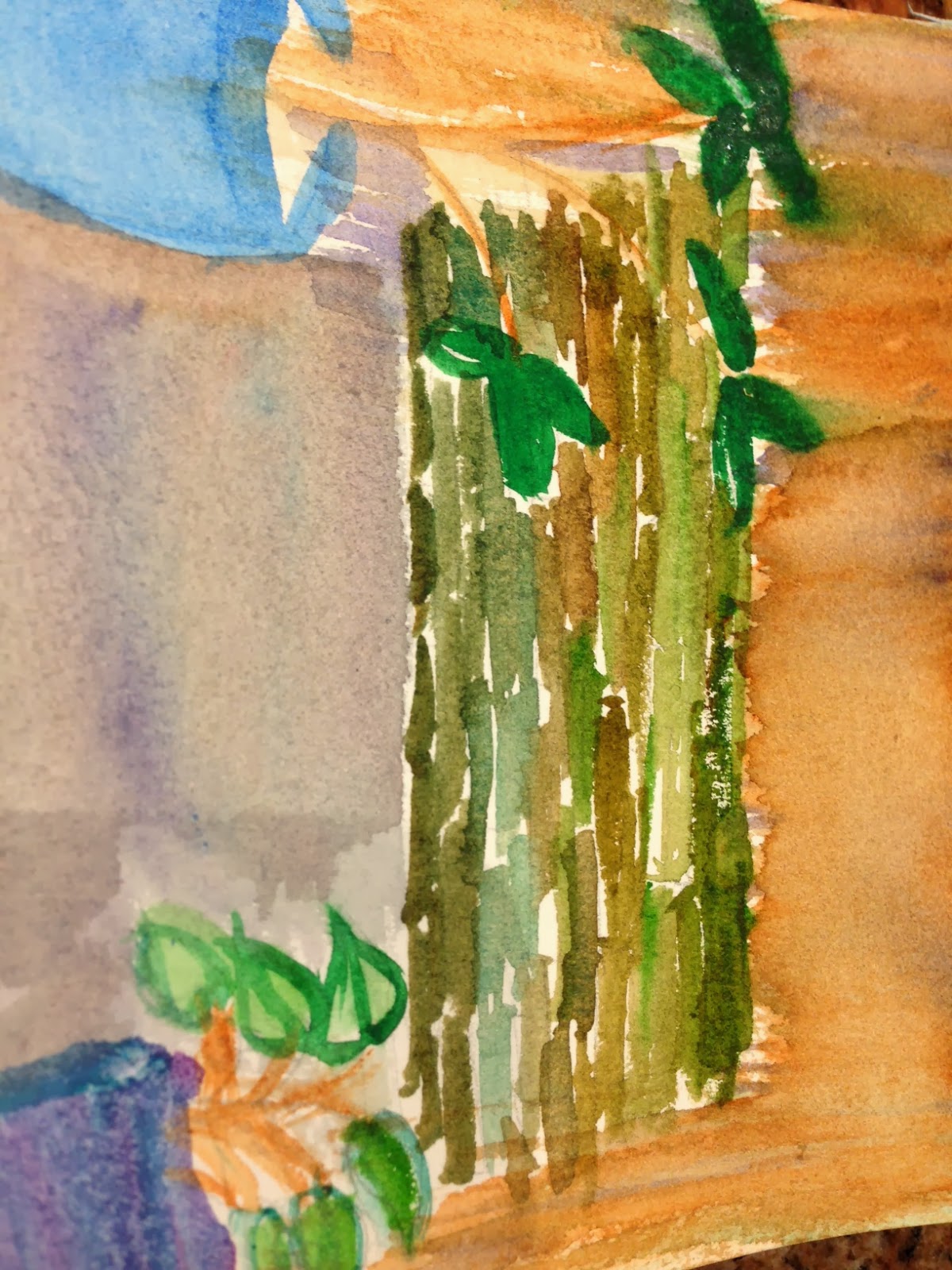