Goats and other thoughts.

I enjoy February.  Its the month before March, which to me marks the beginning of Spring. I don't particularly enjoy March however, as the beginning of Spring doesn't really come until May or June in these parts. Usually, the temperature warms slightly, but the rain stays on, and at some point my kids demand to run naked through a hose no mater what the weather and then you know: all you can do is take what you can get where Spring is concerned.

I'm sitting in the woods watching the goats eat as I write this. I decided to experiment with hand writing my post for their sake. So they can eat blackberries and feel safe instead of hovering (and pooping) on my doorstep. If they had proverbial balls and any brains they'd hang out in the woods, eat their fill, and then go sit quietly in their little house until they were hungry again. Instead they hover and poop next to the front or back door and I'm going insane. Their movable fence is lying in a heap on the ground because the last time I went to move it, only a week after moving it from before, I gave up in a fit of drama and declared my love affair with the goats over. Here's the thing: they are very useful eating the blackberries, but only enclosed in a six foot fence, which is too cumbersome to be traipsing all over the mountainside once a week. So either we build something permanent and keep them as pets, or we call the experiment a fail.

As for hand writing my post, I'm enjoying it and according to the principal of one of the ritzy schools in our city, writing with a pen is the activity that most engages our brains in all of its neuron firing glory. Sounds good. I just like being in the woods as opposed to my messy house.

I was thinking today about how there was a time when people lived in the elements. No houses, computers or cars. No toilets or beds. They were hardened to the brutality of the cold and the wind, but softened by the sound of the creeks and the smell of the wet grass. I wonder when my kids will be old enough to go backpacking.  Maybe soon, because shoot, their favorite game is "trip." Or "fill a bag with stuff, march around the house, find a place to empty the bag, and then pretend to go to sleep."  Sounds a lot like backpacking!

Coffee: the day is young, nevertheless, I still have the cup. It served as a water cup while I was swimming laps. 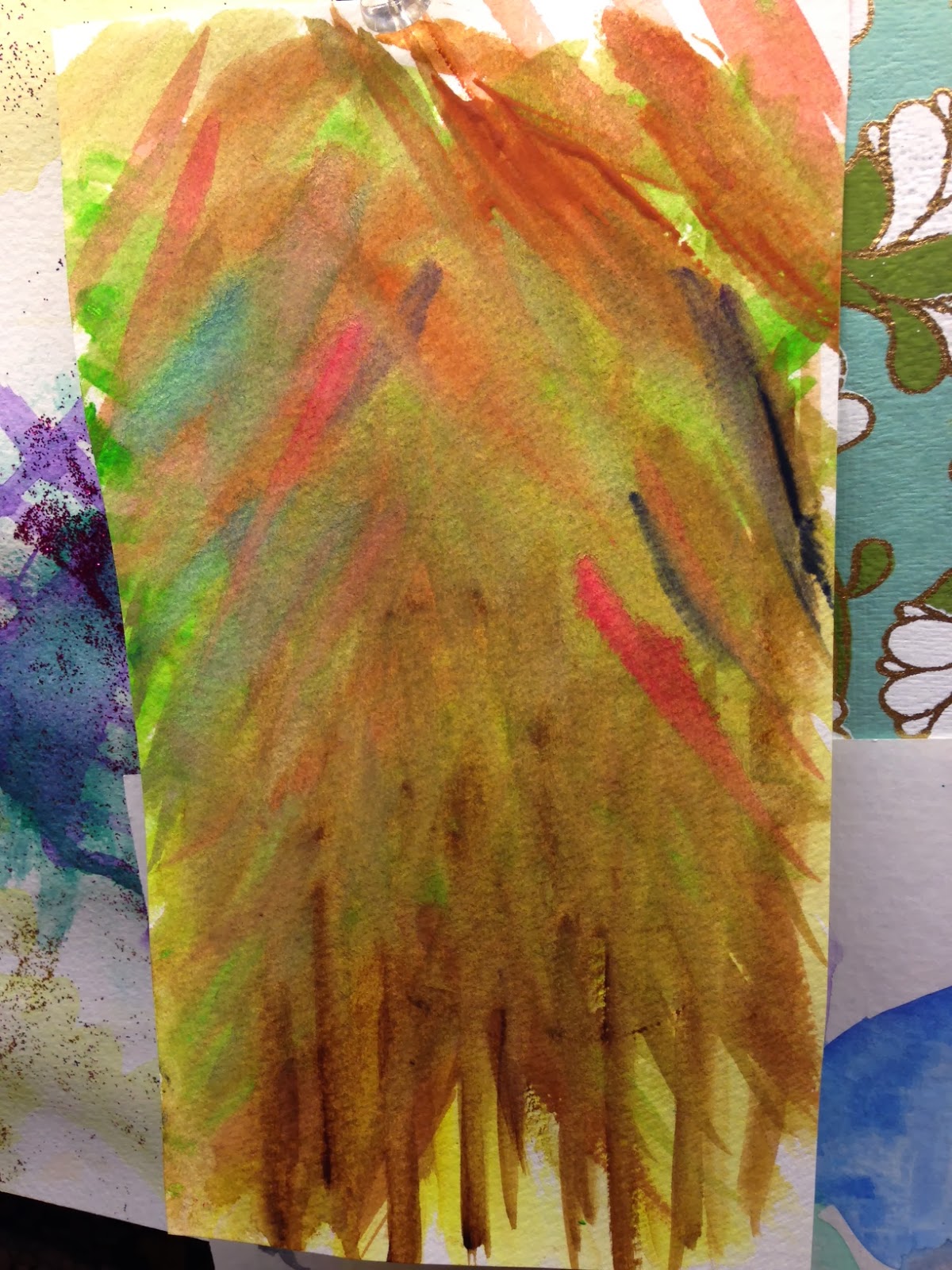