My three year old does not take transition lightly. I don't blame him. He lives in the moment and gets fully involved in what he's doing whether or not we have to go somewhere in two hours or ten minutes. At home, he's often happy to play by himself or with his sister for long periods at which point I can steal away to write, clean, sleep (not really.) I read somewhere recently (and I've heard this millions of times,) that less is more when it comes to parenting.

Here are some of things we do when the kids have decided that mommy has had enough "less is more" time to herself:

1. Painting: We all enjoy it and its relaxing.  We do this at the kitchen table. There's never any mess because we're all super refined painters.  There's never paint smeared in people's hair or entirely up their arms, or kids running around smearing paint on the walls.  And we have lots of art to show for it hung on the walls in beautiful frames, and definitely not piled up in the art cabinet.

2. Play Doh: From the first day my daughter could hold the stuff in her hand and not eat all of it, we've been playing with it. We started out making snakes with colorful stripes. Well there's a snake on the box, so it was easy to come up with that one. This activity can keep us occupied for hours and we usually end up talking about pancakes and birthday cakes.

3. Dance Party: This requires massive amounts of energy which if you don't have, you still won't when you're done. Basically we turn on the music and dance around for a while. At some point and for some unknown reason, this activity evolves into sprints across the living room back and forth, back and forth until the end of time. At some further point it becomes "the flying game." The kids get tired and require that I hold their hands and "fly" them across the room as fast as I can.

4. Chase: There are rules. Only for me, though. Chase the kids into my son's room, hide my eyes while they bury themselves under a blanket. Say, "oh, there you are!"  Grab them, carry them both simultaneously into my bedroom and throw them on the bed. Repeat. (Have I mentioned that I plan on entering a body building contest?)

I'm sure its true that less is more. I hope I can strike a balance between structure and non-structure.  Between giving them my attention and letting them work it out themselves. Between helping them put on their shoes and letting them get it done on their own. 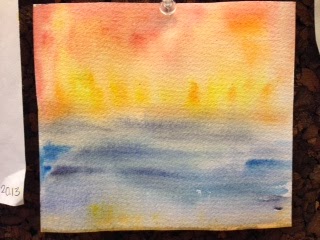